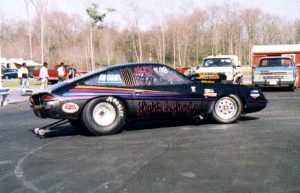 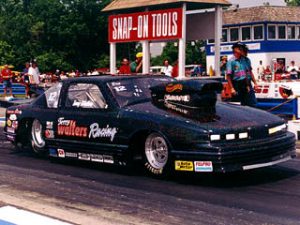 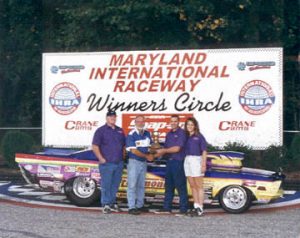 Steve & Kathy Drummond, owners of Drummond Race Cars are shown accepting 1st place award from Royce Miller, owner of Maryland International Raceway, at a Ford Fever Classic event. Steve’s Mustang has run a best of 8.62 @ 156 mph with a 404 cubic inch Windsor Engine featuring Cleveland heads and a Camcraft Torque Monster cam. Steve is a machinist and builds his own engines. In 2000 he is #2 in NHRA Division 1 Super Gas and #1 in the TRW all Stars. 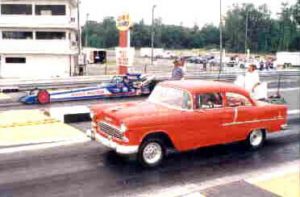 Jerry Shirey’s beautiful 55 Chevy is a regular competitor at US 13 Dragway in the Heavy Eliminator class. It is powered by a 406 Small Block Chevy and runs a 10.80 ET. He utilizes a Camcraft XTL series flat tappet cam. 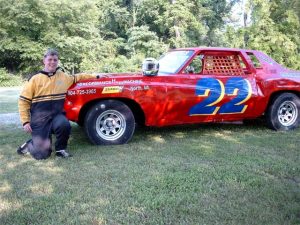